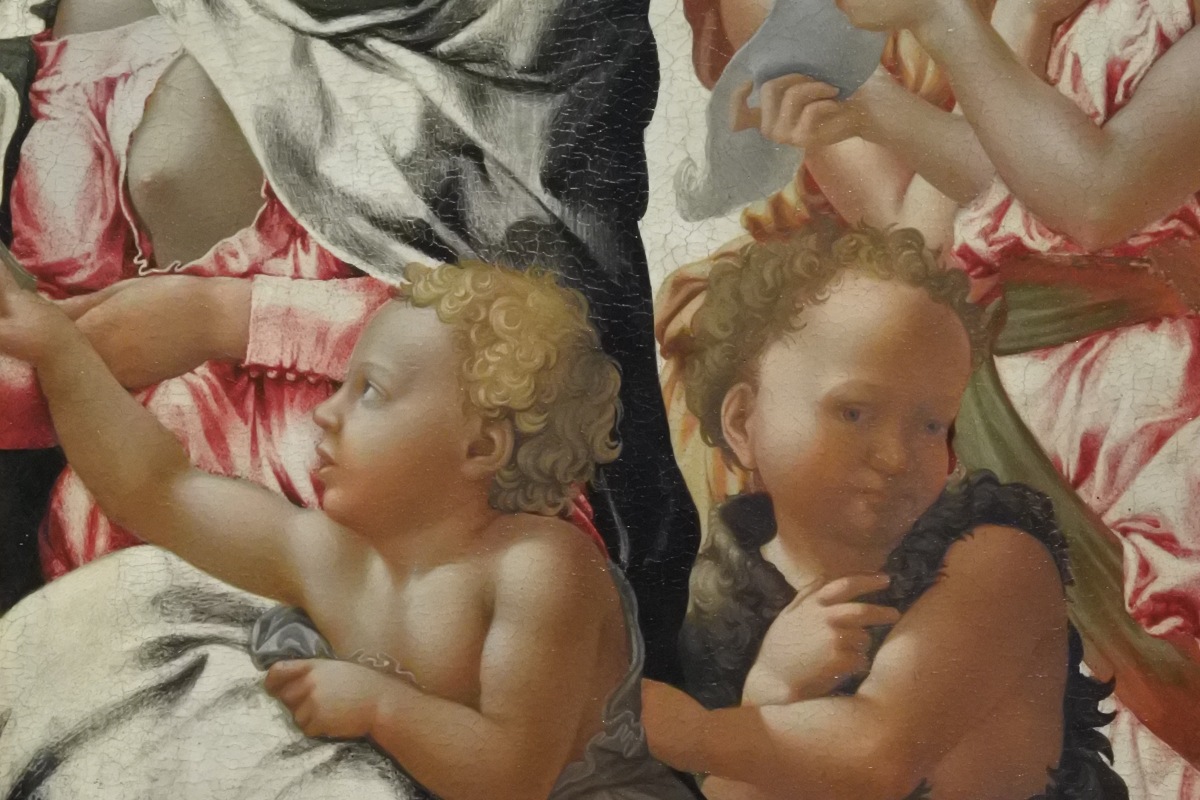 We’ve all heard of Michelangelo – the long-lived artist who agonised over the ceiling of Rome’s Sistine Chapel. But few of us knew that he formed a surprising 25 year partnership with Sebastiano del Piombo, ten years his junior and collaborated on some of his best work.

A fantastic show which has just opened at the National Gallery sheds light on this creative partnership showing, in delicious detail, how differently each painter approached his art and how successfully their divergent skills fused to create some sensational art.

I was lucky enough to go to the press preview and hear curator Matthias Wivel talk with huge passion about this show.   Michelangelo was primarily a sculptor and an extraordinary draftsman. He loved design and composition and his work was meticulously planned.  Sebastiano, on the other hand, was less concerned with planning and preferred to paint in an organic way, feeling his way into a picture and taking a more random approach.  You could argue that he anticipated the later freedoms which defined the work of impressionist painters.

Sebastiano understood oil paint – a medium which Michelangelo could not abide. He preferred the established method of painting directly onto wet plaster or using pigments mixed with egg temperer on wood panels. Alas, it seems this ideological difference in how to use materials was the cause of a serious falling out and the partnership ended.

It’s fascinating to look at Michelangelo’s unfinished paintings; he would complete entire figures and leave others undone.   Sebastiano would tend to use paint across the piece and build up colour and texture.  I was very struck by two portraits he made of Pope Clement VII.  The first was of a powerful and successful pontiff. The second, painted a few years later, shows him bearded, shorn, defeated and disappointed.  His political dealings with the French emperor had not gone well and Rome was sacked on his watch. 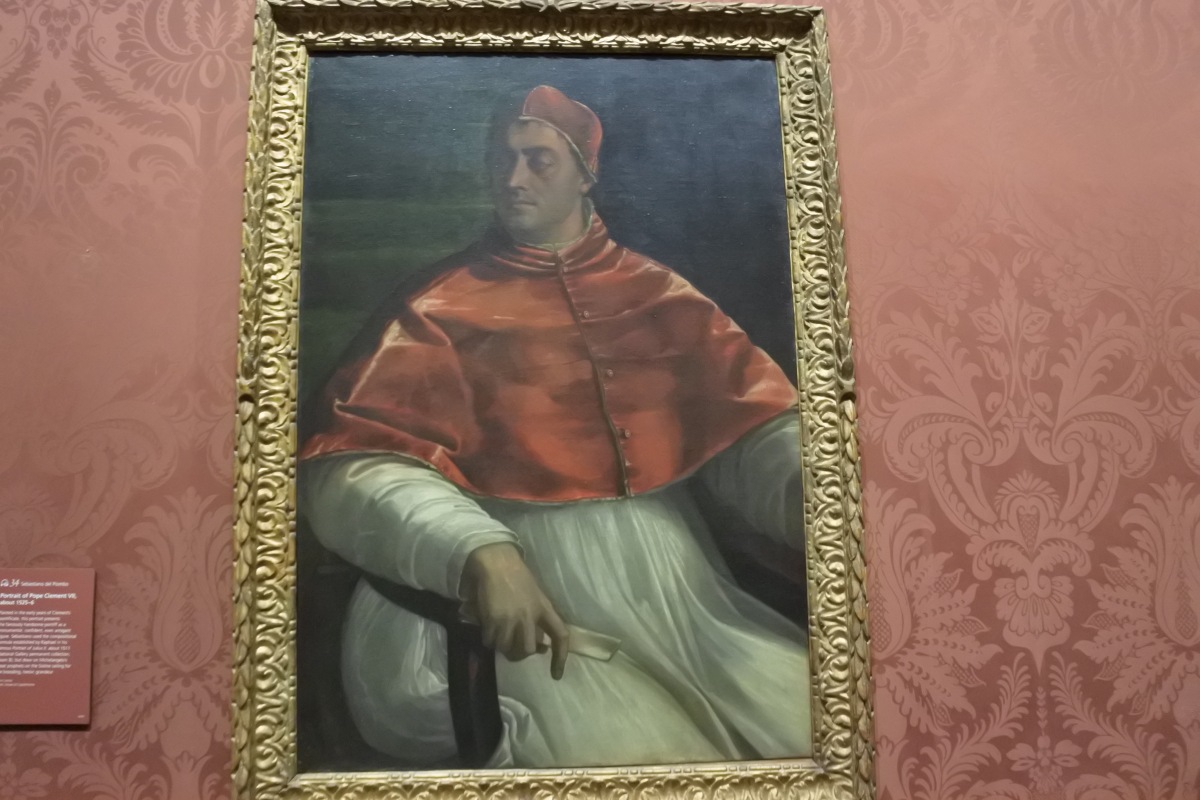 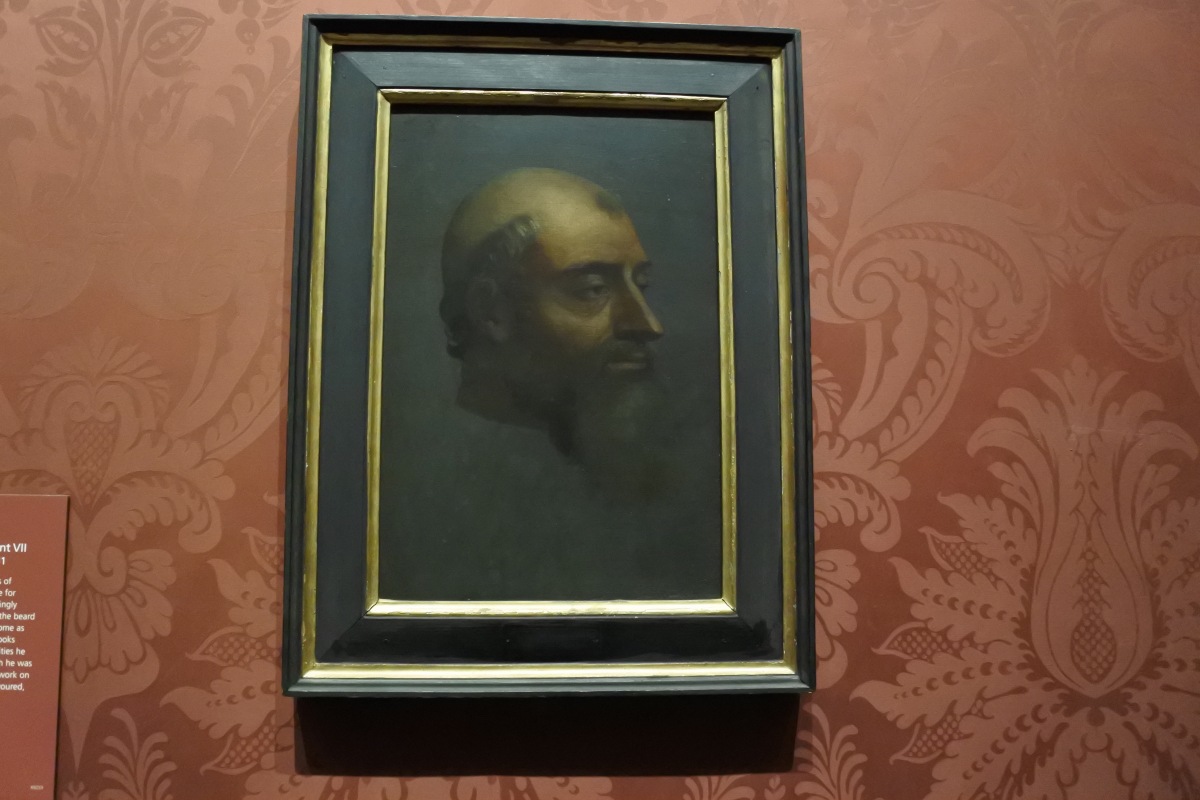 But what a legacy of their shared work remains.  It was a joy to view these paintings, to see so many sketches and sculptures tool, which celebrate two masters of their day. 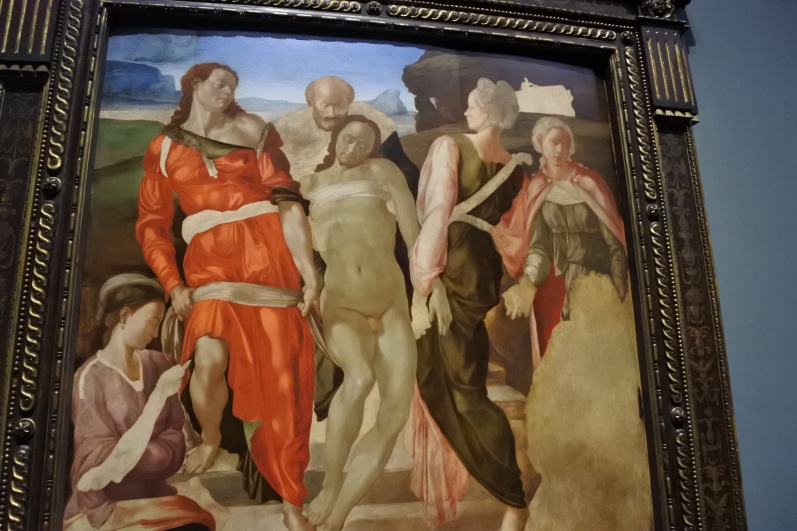 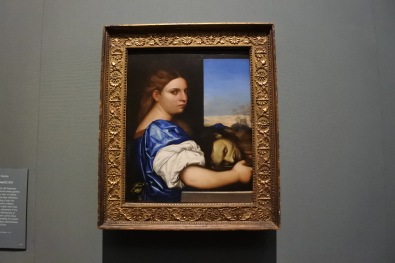 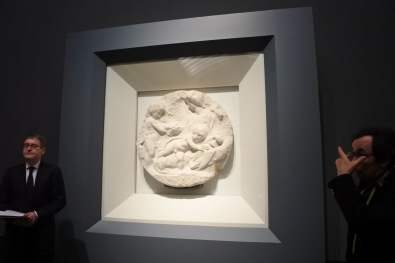 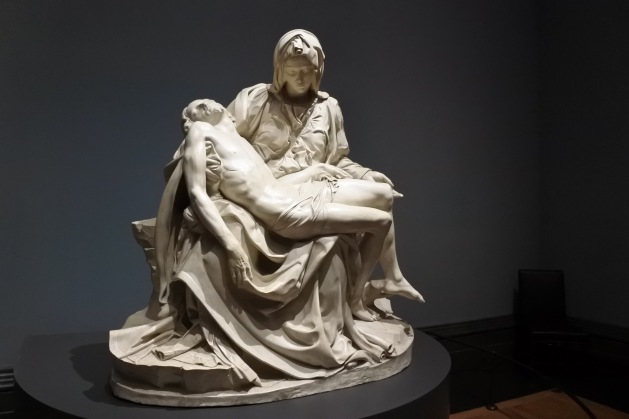 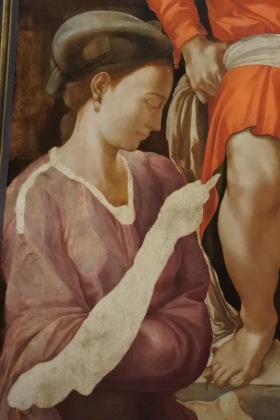 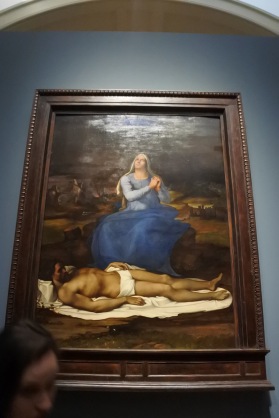 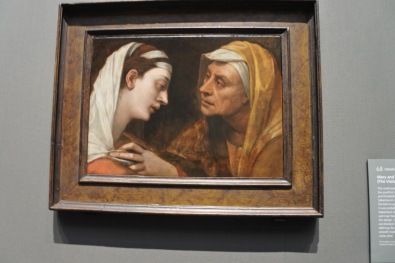 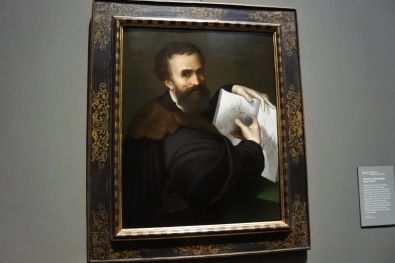 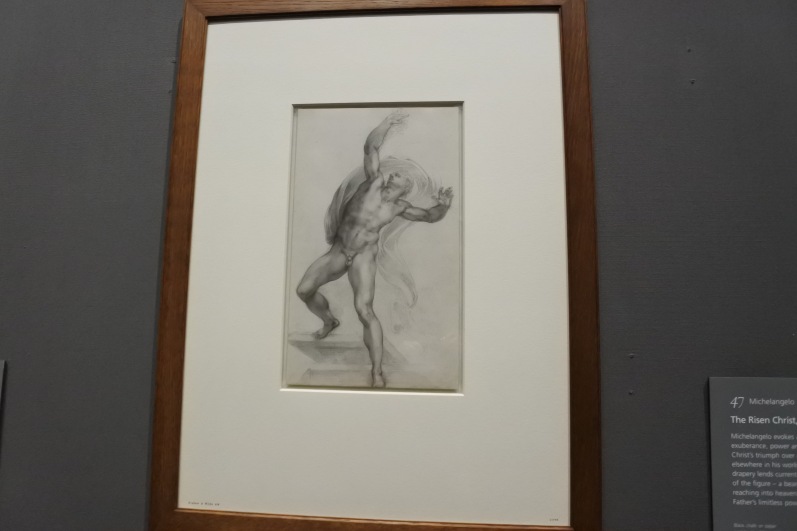 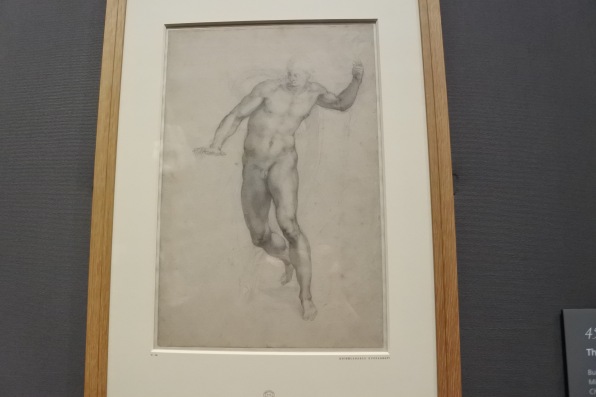 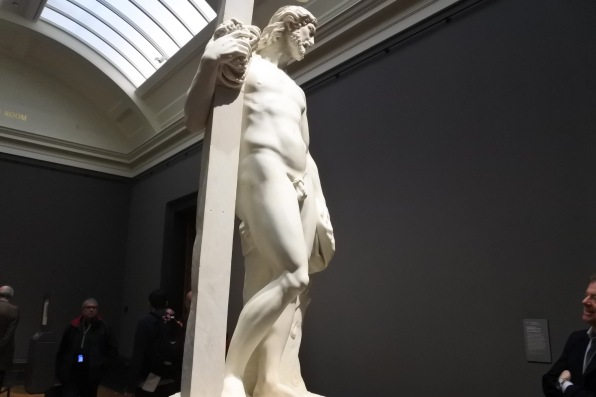 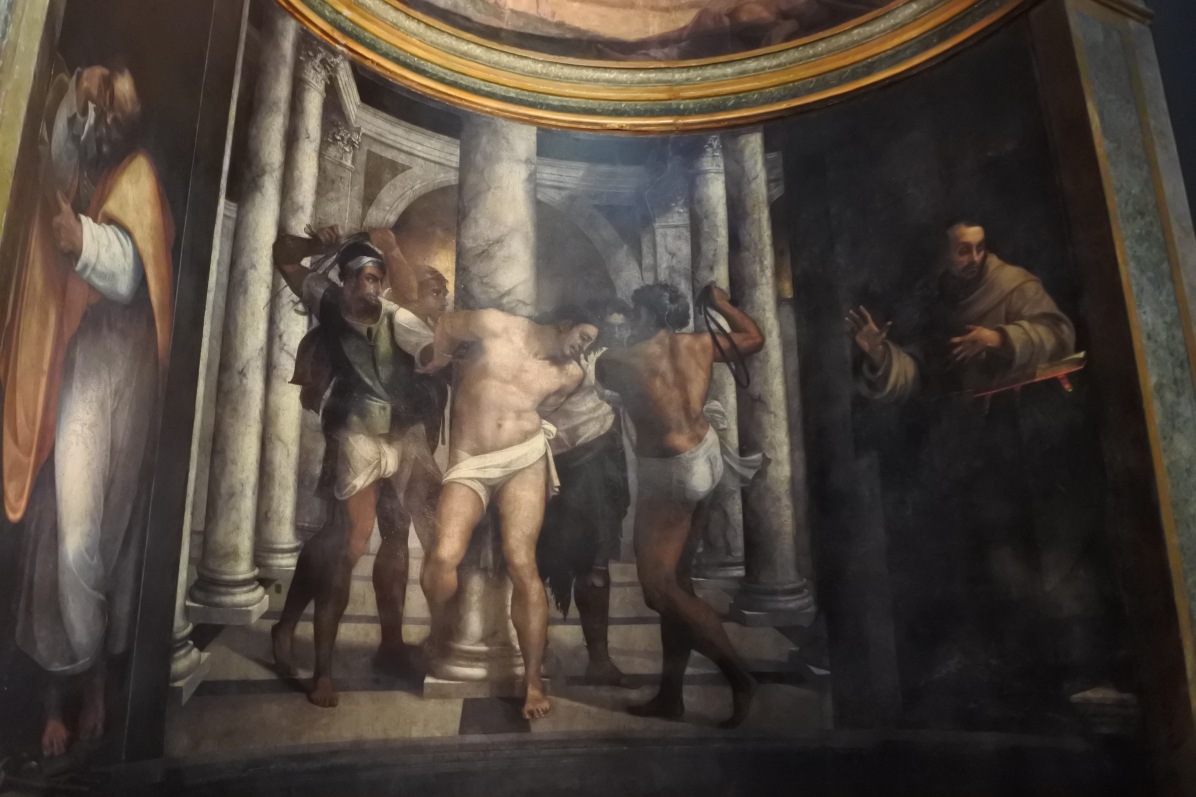