It’s a bit like seeing old friends at a party.  I’ve always admired Van Gogh’s ‘portrait’ of his boots – trusty lace-ups which he pulled on daily and trudged the streets and countryside. It’s a treat to see them on the walls of Tate Britain.  This blockbuster show  gathers together some of Van Gogh’s most familiar and best-loved paintings and puts them in the context of his own artistic development – and how important his time in London was in forming him as an artist – and how later artists have viewed his work, emulated, been inspired by and ‘translated’ it.

Van Gogh didn’t actually do much painting during his time in London. He lived in Stockwell from 1973-4 (there’s recent research that he fell in love with his landlady’s daughter but she was not interested). But spending time in the capital, walking everywhere, visiting art galleries, talking to people and reading quantities of Dickens, John Bunyan and the popular authors of the day was clearly a huge influence on his creative spirit. He identified with the common man, the poor, the dispossessed and, through his ambitions to work within the church, wanted to actively help people in both body and soul.

He earned little money whilst in London (he had a menial job at an art gallery) but he could afford magazines such as the Illustrated London News which was full of prints, engravings and news about art and culture. These he collected, squirrelled away, and used throughout his life as reference or inspiration. 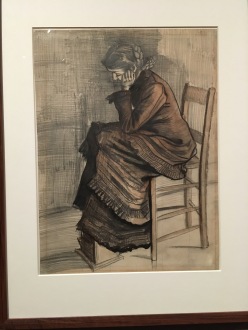 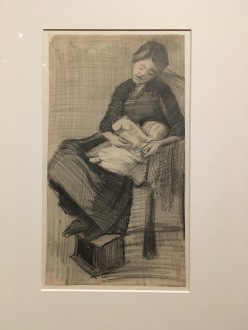 It’s perhaps a little fanciful to believe that every painting he later made, once he’d moved back to the Netherlands and then France to be a full time painter,  could be traced back to some influence from those London days but the curators have had a good go at joining up the dots. And it’s a great excuse to bring together a lovely collection of paintings by other artists which are always a joy to see. 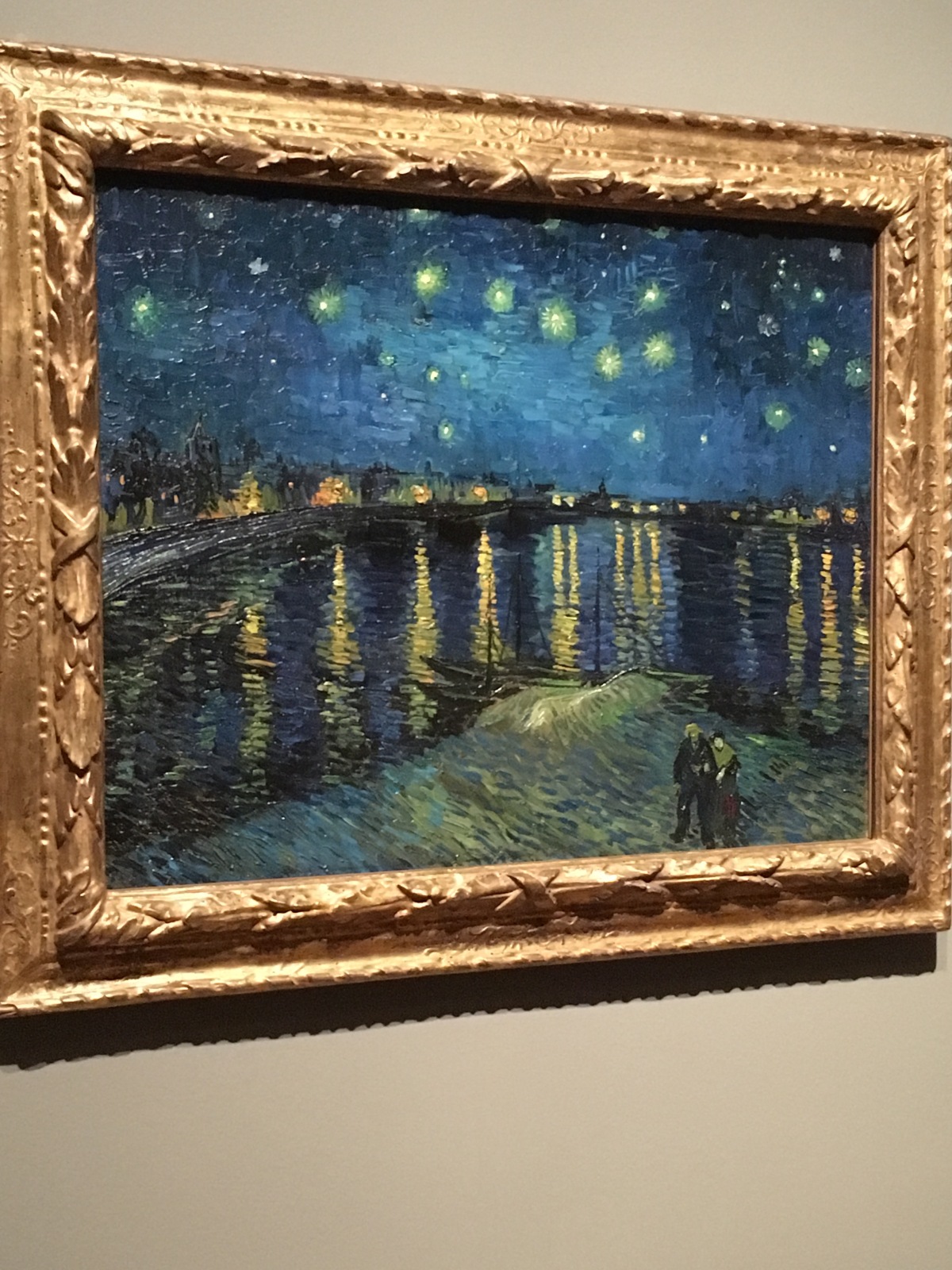 For example, we are able to view Starry Night – absolutely fabulous with those strong, zingy colours and the glow of stars and streetlight.  Yes, perhaps he had gazed at Whistler’s river paintings (Nocturne) but I’m not sure he was consciously channelling that image when he created that magnificent picture. 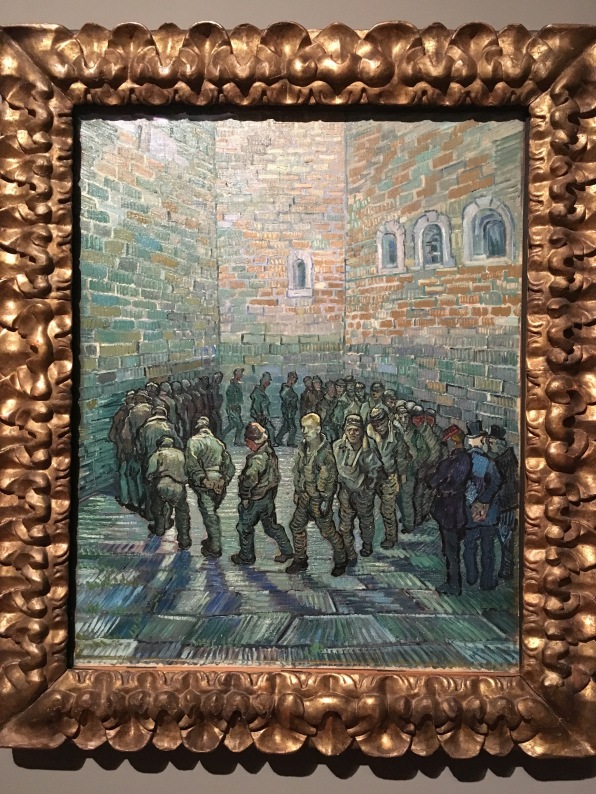 What I loved was the way Van Gogh ‘translated’ some of the prints saved from magazines or which he saved up to buy.  The famous engraving by Doré of convicts exercising in a prison yard is a very compelling image and Van Gogh worked it up into a full colour painted version which retains the misery of the subjects but also challenges the viewer through the direct gaze of one of the inmates who draws you in to the pitiful march. 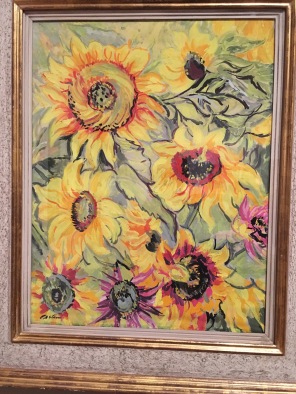 All artists steal from other artists; it’s what we do. I really enjoyed seeing the way the famous Sunflowers have been reinterpreted or ‘translated’ by other painters and the room full of these examples lets in a metaphorical and literal light into the collection. 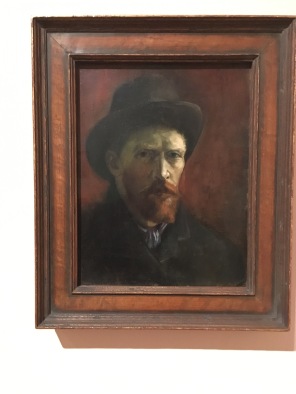 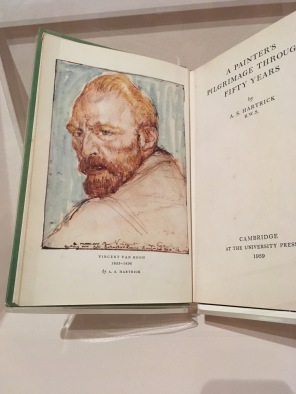 And then there are the self-portraits.  He was masterly at studying his own face. Apparently he did most of his painting in the days just after a mental breakdown and fuelled by a sense of recovery.  These paintings convey that vigorous desire to make a statement and seem lucid and focussed.

This huge show is on at Tate Britain until 11th August. It’s quite a treat.