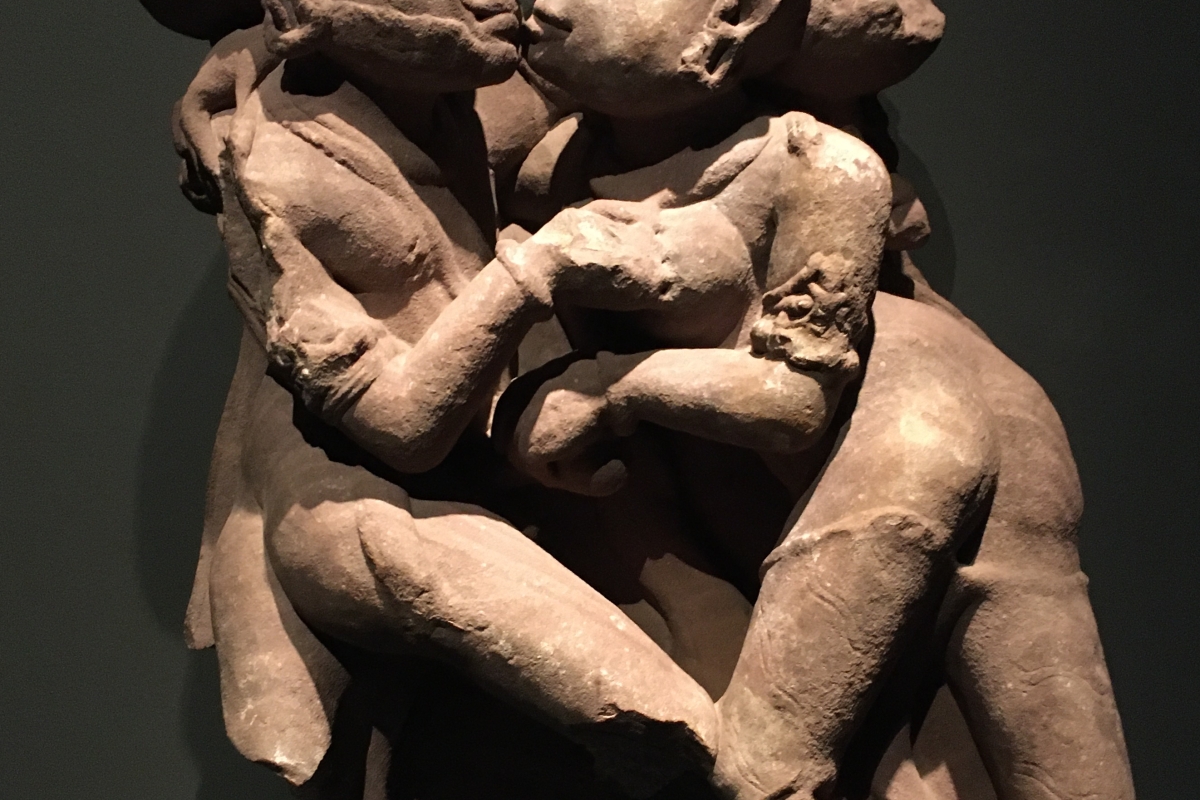 No, I had no idea what to expect with this exhibition. Yes, we’ve all heard about tantric sex, beloved of celebrities, but there is far more to this ancient and beguiling religion that we knew.

The British Museum possesses many fine examples of tantric sculpture and art and it’s great to see these displayed with other pieces from international collections which pull together the meaning and evolution of tantra.

Some of the tantric deities and gods are pretty scary. This is Varahi, a sow-headed goddess who has the power to impose and remove pandemics. We need to stay on the right side of her. Then there are male and female figures entwined to convey the power of human sexual union.

The female form and the goddess were regarded as divine but they sound scary too. In one area we learn how to summon these deities, yoginis – witches who fly around the sky – by attracting their attention through the use of human sacrifice and bodily fluids. If you don’t get the offering right or they take against you it might not end well.

The British in India were bewildered and fascinated by the tantric traditions. Charles Stuart of the East India Company, adopted Hindu practices and collected statues of the deities, which he is said to have worshipped. After his death his collection was shipped to London and were donated to the British Museum.

The last section of the exhibition displays contemporary references to Tantra. It was a surprise to learn that the famous tongue which promoted the Rolling Stones is not just based on Mick Jagger’s tongue, it has its roots in the tantric tradition.