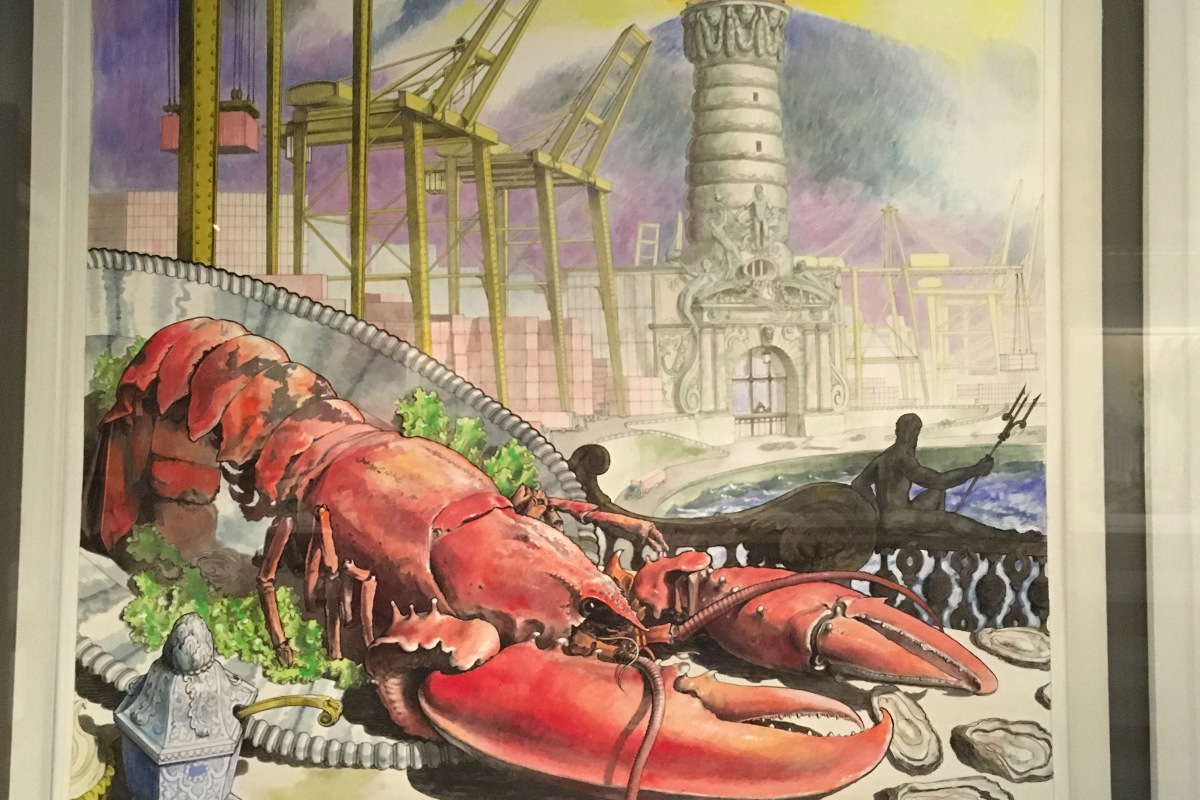 If you’ve ever been to Sir John Soane’s Museum in Lincoln’s Inn, Holborn, then you’ll know that you are entering both the mind and the professional world of the man who created the interior. Each room is filled with fascinating artefacts, architectural models, sculptures from the ancient world along with paintings, drawings and sketches collected by this 18th/early 19th century man of culture.

Sir John Soane was an architect steeped in the order of ancient world. He saw cities as the ancient Greeks or Romans might have seen them – meticulously laid out with orderly avenues flanked by gracious buildings built to a rigid sense of classical proportion.

Pablo Bronstein is a contemporary artist who has created his version of HELL with a cycle of 22 large-scale watercolours which are displayed on the first floor of the museum. There is an eclectic range of elements within each picture – 18th century interior design and decoration, early advertising posters, fancy dress, fancy food, playful machines and curious creatures. The familiar is corrupted in surprising and beguiling ways. Buildings loaded with decoration appear to topple, machinery is covered with overblown decorative designs and people wear fantastical clothes. These are some of the ‘noisiest’ paintings you could see! There’s a sense of dazzling excess on show and great fun to view. The meticulously drawn and painted theatrical landscapes draw you into a surreal, fantasy world. The experience is definitely enhanced by seeing them within an already picaresque space.

The collection took two years to create and the exhibition was delayed because of the pandemic but now its timing coincides with the 700th anniversary of the death of Dante, who planted the idea of Hell, or the Inferno, into our minds. It’s free to visit and the show will be there until 2nd January 2022.