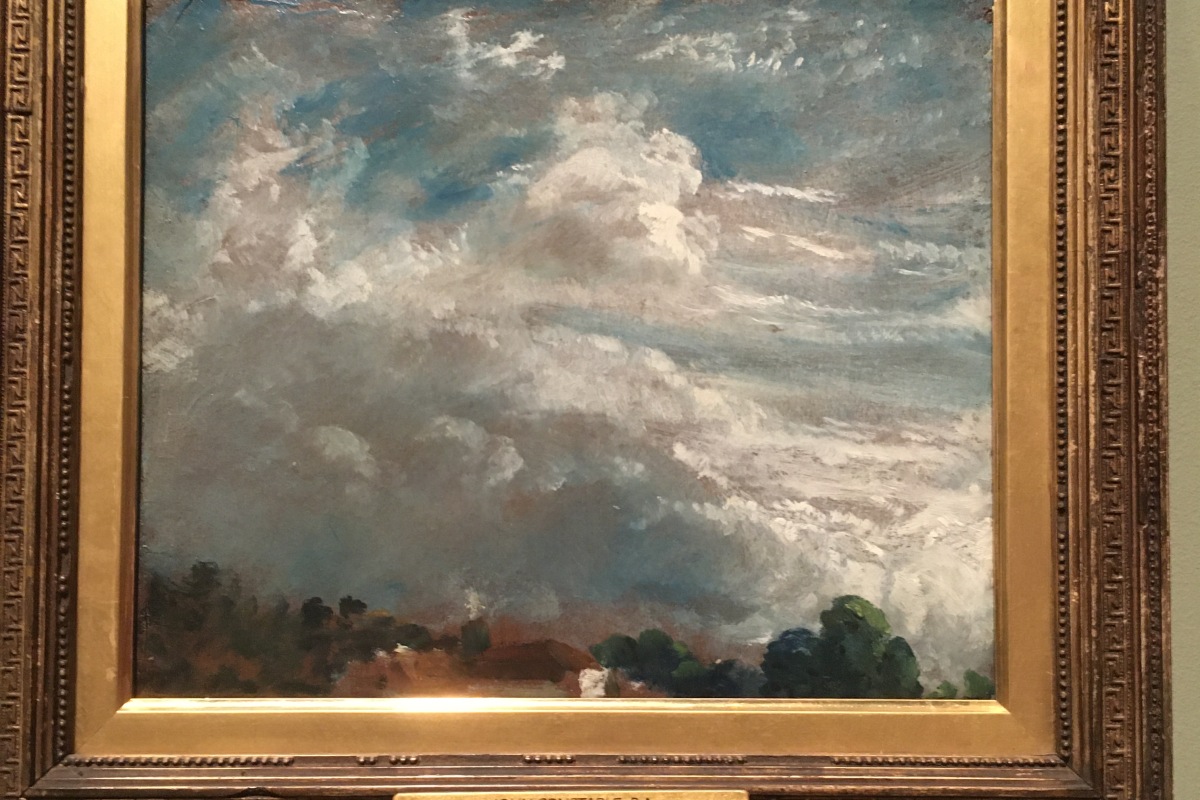 I don’t think I’ll ever tire of looking at this fabulous oil sketch on paper which captures the arrival of a violent storm at sea. The artist’s hand is clear to see in the dynamic down strokes of a brush laden with dry pigment, dragging it over the paler ground, which is slightly damp, and capturing that moment when the wind gets up, the heavens open and the drenching rain starts pouring. I look at it and imagine that he must have painted it in a hurry, seated on the shingle, seeing the approaching storm and quickly capturing the moment before being soaked and rushing back to his home in Brighton.

So many of Constable’s most memorable paintings are about the sky. He must have spent hours gazing upwards at the variety of clouds, forever looking for the perfect vantage point and sketching them in oil, watercolour and pencil. I wonder, with this one, whether he thought he was going to concentrate on the view and the landscape in front of him but became totally distracted by the billowing clouds, the gathering wind and the astonishing atmosphere of the sky above him.

It’s always satisfying to see the ‘finished’ versions of paintings along with the sketches. I haven’t really got any close up images of the paintings, but when you stand in front of these huge pictures it’s the use of white paint, impasto, which is really striking. Once he gets going with brush and the white paint I think he finds it quite hard to stop. Some of the pictures feel a bit ‘overdone’ in comparison with the simple purity of the sketches which preceded them.

These swift sketches convey far more energy than the more worked up and finished paintings. I do wonder, as he got older, whether he felt he dared leave the ordered life of the big studio piece and ‘let himself go’ as a plein air painter, simply capturing what he saw and not reordering everything to suit the conventions of composition and saleability.

This is Constable’s last painting. He’d visited Arundel with his eldest son, John Charles, who suggested he should make a large painting of the view. He was working on this when he died and the family considered it to be sufficiently finished to be sent to the Royal Academy and exhibited posthumously at its new premises on Trafalgar Square, shared with the National Gallery.

#lateconstable On show at the Royal Academy until 13th February 2022