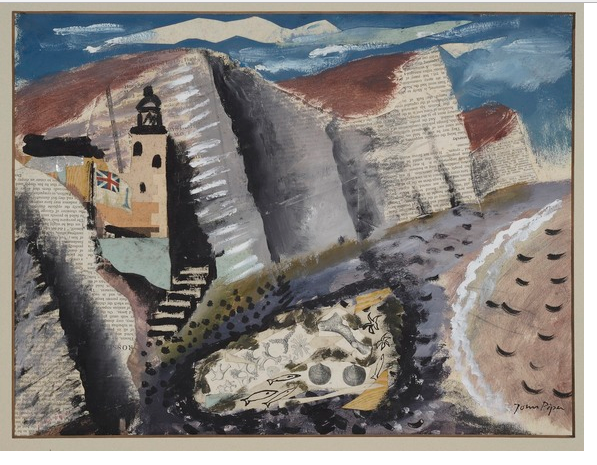 Think of Sussex and you might conjure images of rolling hills, dramatic cliffs, quaint villages and rural delights. Ah, but no, there’s so much more to this ancient English county, east and west, than meets the eye, not least its role as the geographical home to many artistic modernists of the 20th century.

A charming new show,  Sussex Modernism: Retreat and Rebellion, has just opened at Two Temple Place in London and provides a sweeping view of the people, their ideals and the art in a wide variety of media which found form in that area from the 1910s to the 1960s.

Small groups of like-minded artists gravitated to the rambling farmhouses and country dwellings of the county which provided space for creative enterprise and for visitors to stay as well as the opportunity to meet and ‘cross-pollinate’ ideas.  As the curator of the show, Dr Hope Wolf, said: “The show presents a cacophony of ideals – from feminism to pacifism to sexual freedom – mingled with a desire to escape from the city and make things by hand.”

Charleston, near Lewes, was home to Vanessa Bell, Duncan Grant with their sprawling family, and is a delight to visit because the whole fabric of the building became an extended canvas for the artists. This exhibition puts the focus on a wonderful linen box, wittily painted by Grant with the story of Leda and the Duck (rather than the swan) and a sleekly stylised swimmer on the front. And, naturally, I was drawn to a freely painted lamp-stand and shade created by Vanessa Bell.

Edward James, the surrealist, lived at West Dean and enjoyed using his fortune communing with artists and created a home which reflected his passion for art.  I was pleased to see the fabulous sofa (much copied) which he designed with Salvador Dali, based on Mae West’s lips.

Of course there are references to county’s countryside and my favourite is a fabulous collage and mixed media work by John Piper entitled Beach and Star Fish, Seven Sister’s Cliff, Eastbourne (which I’ve added at the top of this post). He’s combined scraps of newsprint with plain paper, paint, pen and ink and pencil. Glorious. But I’m also a huge fan of Edward Burra and it was fascinating to see his rather sinister watercolours of fields near Rye, where he grew up, and hear that he regarded that most chocolate box of places as “a ducky little TinkerBell towne… like an itsy bitsy morgue quayte dead”.

Paintings, drawings, books, sculptures, films and models have been sourced from Sussex’s many excellent museums and galleries along with pieces borrowed from private collections. It’s a fascinating glimpse of a time and place which literally flowered with ideas throughout the last century.

And I should add, that it’s well worth seeing this show simply for the chance to explore Two Temple Place. It was built for William Waldorf Astor by Gothic Revival architect John Loughborugh Pearson in the 1890s and is full of wood-panelled rooms, stained-glass windows, carvings and artworks. It’s one of London’s hidden gems and a joy to visit. The show is on until 23rd April 2017. 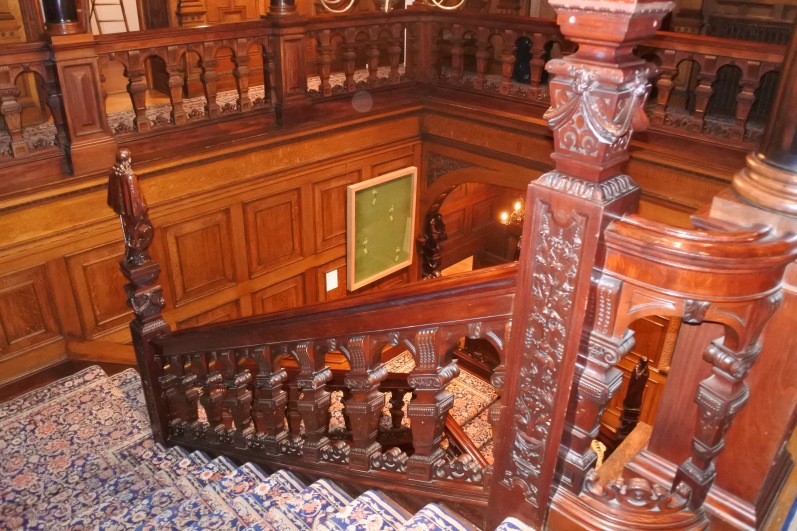 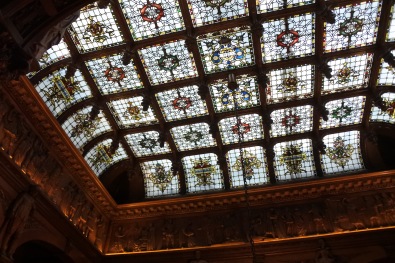