I’ve been a fan of David Hockney for years and have tried to catch every London show of his work over the last few decades.  This retrospective show at Tate Britain brings his phenomenal career together – not that it’s over!  This most twinkly-eyed of artists may be 80 years old but he shows no sign of slowing down.  His ever curious sense of pleasure in all that he sees of the world demands that he finds a way to record the sights that surround him.   The thing he feels so strongly about is the importance of really LOOKING. He laments the loss of drawing as an important part of art education.  Yes, you can take a photo of something, he says, but what matters is the sensation of a view, the notion of sharing the artist’s eye and becoming immersed in the view or psychology of the image.

Wandering around the Tate was an immersive joy. Hockney plays with eye-lines and perspective everywhere you look.  You find your eye zig zagging across a picture hunting for the focus point and that dancing sensation draws you into his world.  The early paintings, made when he was a star pupil of the Royal College of Art established his style but feel weighted with a kind of English gloom. Then everything bursts into glorious technicolour – a bit like that scene in the Wizard of Oz when Dorothy wakes up from her black and white world of Kansas into the saturated colours of the enchanted world of Oz. And for Hockney California was that magical place.  The fabulous colours are like the kick of a cocktail or that hit of the sea you get from eating an oyster.  That sky, those pools, that heavenly blue…. who wouldn’t love that environment.

Of course I’m very drawn to his portraits and with some of the galleries I felt as though I were entering a room full of old friends – oh, there’s Mr & Mrs Clarke and Percy, Christopher Isherwood and Don Bachardy sitting in their chair, Hockney’s mother gazing at us, his father peering at the paper, Kasmin the art dealer and many more.  It’s such a pleasure to see these people all together and available for close scrutiny.

Hockney returned to Yorkshire in the 1990s and was struck by the transformative beauty of the countryside and  the alteration of the seasons. He express this with a series of large scale, multi-canvas impressions of trees, paths, bends in the road and vistas of the rolling Wolds.  I was transfixed by the video installation of Four Seasons which makes mesmerising use of slow motion films of a lane shot by cameras mounted on Hockney’s Landrover which drove past the trees and hedges  in spring, summer, autumn and winter.

We have a treat in the last room which includes portraits and sketches done on an iPad. You can see the drawing process in action and the way his hand moves across the screen using different colours, materials and tools to create the images.  Wonderful.  This show is a joy to behold and I hope everyone gets the chance to see it.  It’s on until 29th May 2017. 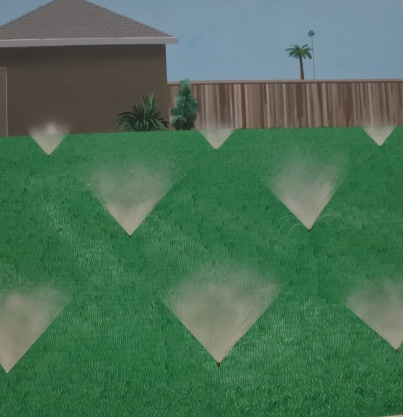 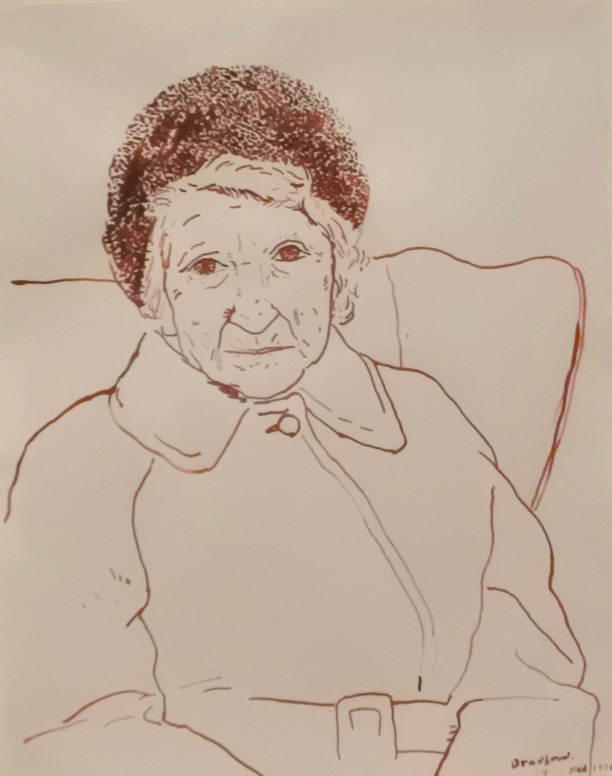 One thought on “Hockney – the joy of looking”