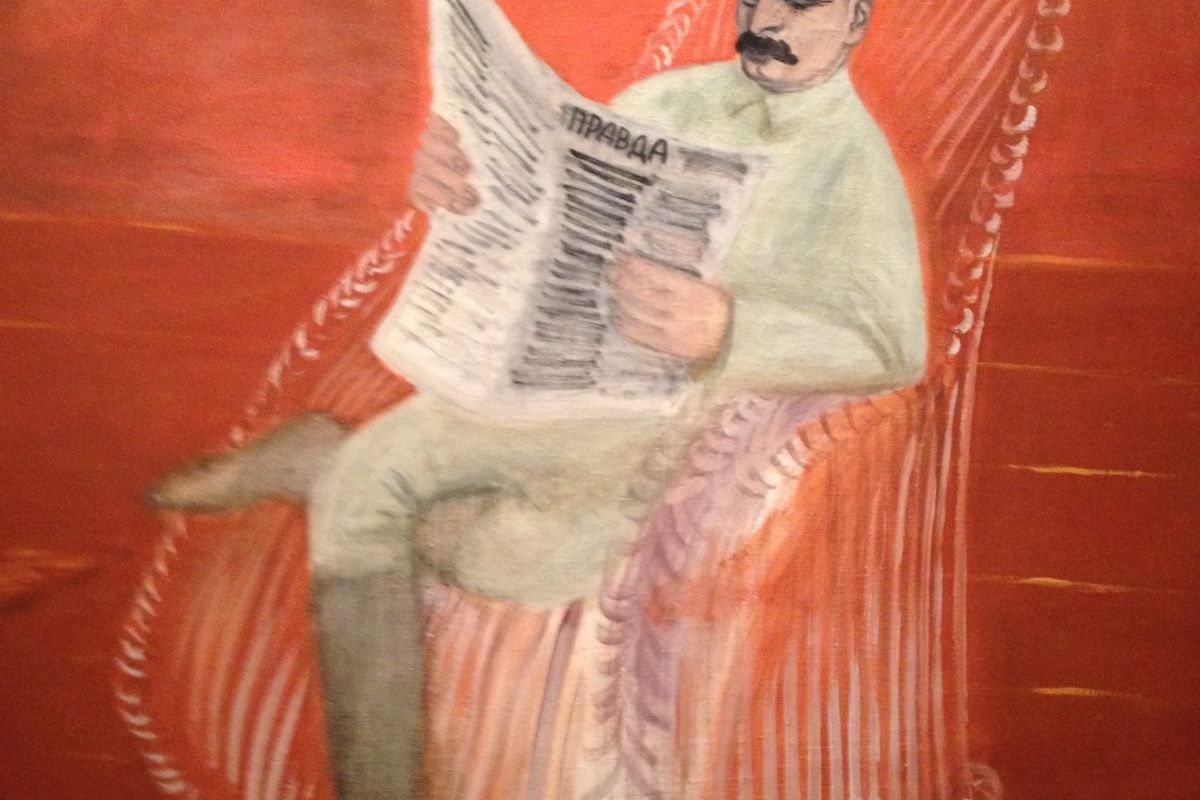 With an eye to the centenary of the Russian Revolution, a new show of art has opened at the Royal Academy of Arts. It covers just a few years, 1917 – 1932, but what a turbulent time it was as the new order asserted itself.

The image above is rather a playful impression of Stalin by Georgy Rublev which would not have found favour if it had been seen and, rather tellingly, it never left the artist’s studio in his lifetime. The exhibition shows how the rather muted, post-impressionist style of painting was replaced by vast canvases of bold colour as the revolution got under way, followed by images celebrating industry, the vitality of making, the glory of the ‘heroic’ body and the importance of women.  But all of this is followed by a subtle sense of loss, of memories of the old order and an acknowledgement of the art world to conform to a rigid regime.

It must have been a tough time to have been an artist.  Obedience was a necessary part of the ideology of the new Communist regime and artists have never wanted to adhere to rules.  There are some wonderful portraits of the creatives of the day for whom things did not end well. For example, I loved the portrait by Alexander Golovin of Vsevolod Meyerhold, an experimental theatre director who was arrested, tortured and executed in 1940.

Abstract art was regarded with great suspicion but Supremacism found favour and there are examples of huge geometric works by Malevich to illustrate this bold movement.

While the communist ideals were eagerly adopted in cities and within manufacturing it was a different story in the countryside.  Boris Grigoriev captures the doubt in the face of the Old Dairy Woman and a group of farm workers who look a bit grim.

And yes, there are collages!  I rather like the idea that this most subversive of art forms could be used to record of all that was happening but always with that edgy potential for irony. Here’s a detail from Red Army: First Cavalry by Solomon Telingater (1928) Sorry that it’s rather out of focus – blame the camera on my phone. 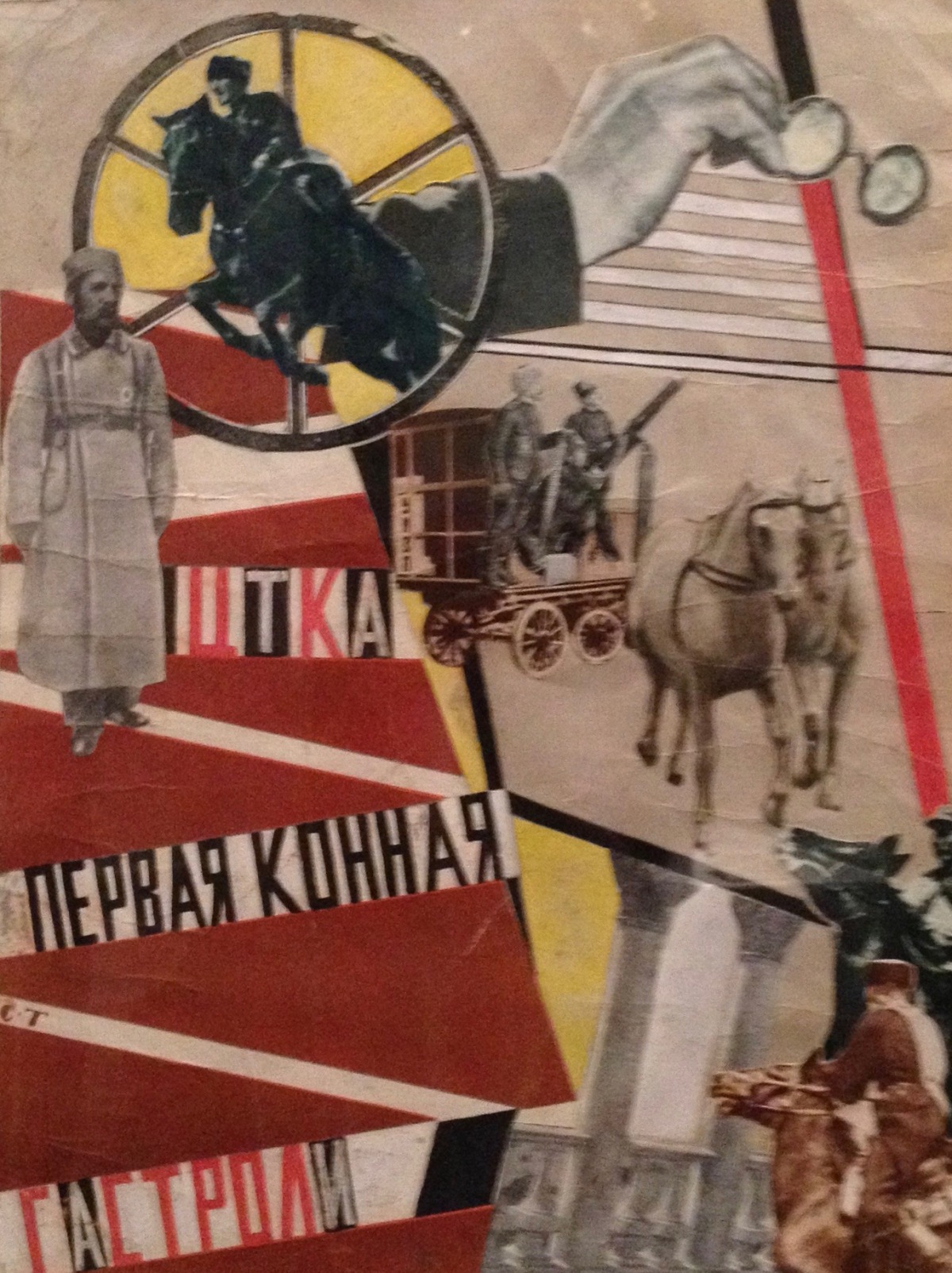 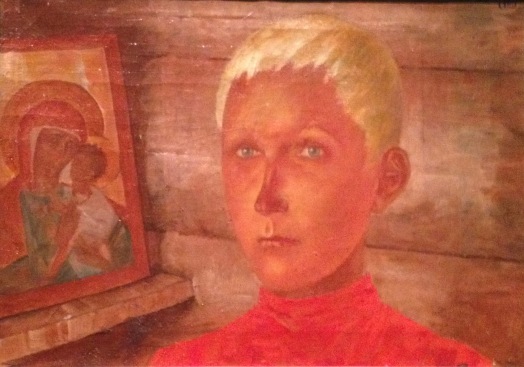 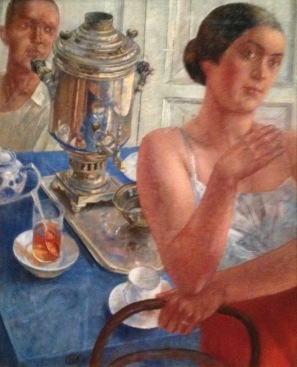 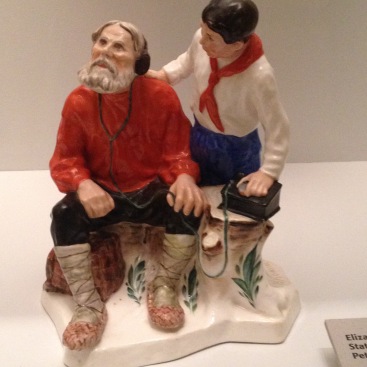 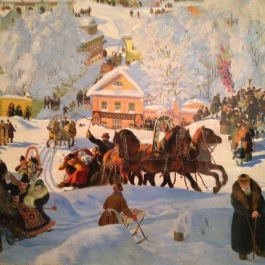 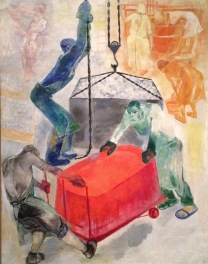 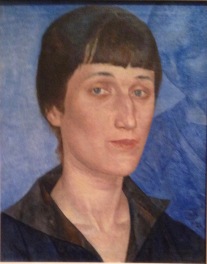