I wonder how many people have seen little papier-mâché dolls like this? They are ‘family heirlooms’ to me.  I have adored them all my life.  They were bought by my parents when they lived in Moscow and have been a feature of family dinner party tables, Christmas festivities and random decorations for years.  There are sixteen little dolls, just 4inches/10cm in height, which spend most of their time lying in a cardboard box still wrapped in their original tissue which has been furled and unfurled so many times that it’s become exhausted and fragile to the touch.  Each little figure is dressed in the national costume of their country. In the picture above we have: Ukraine, Uzbekistan, Moldavia and Kazakstan. 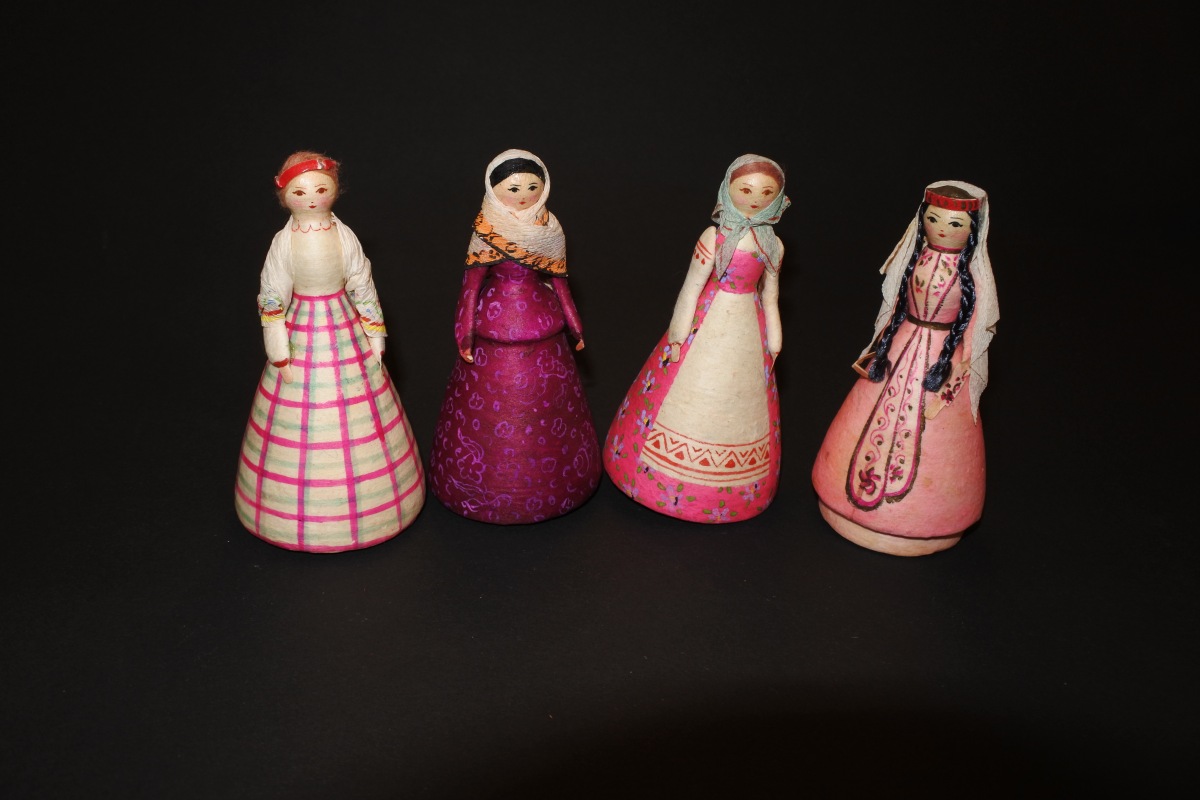 These little dolls are robust and feisty; their colours are so vibrant and pure (probably thanks to spending so much time in their box).  Clearly they’ve all been hand-painted and and delicious little details such as flowers in their the hair, long plaits, little feathers, veils, hats and headdresses have been painstakingly added.

Of course, as a child, I had no idea that my passion for paper would propel me into a business of my own, Papershades and Paperface and that my art would be made largely from paper later on.  At the age of 12 I created portraits all of the ladies in watercolour and crayon on paper and stuck them onto a map of the Soviet Union I’d created. It was lovingly framed up and given to my father, Richard Freeborn, Professor of Russian Literature at London University, as a present. He hung it in his room at the Senate House in Bloomsbury. When the room was repainted the picture was taken down and propped against a corridor wall. It was stolen and never seen again.  I sometimes wonder whether the picture is out there somewhere, hanging on a wall.  I hope whoever now owns the ‘Russian Ladies’ enjoys it as much as he did.

However, I still have the originals and now feel moved to create some new paper art which incorporate impressions of these glorious little figures. 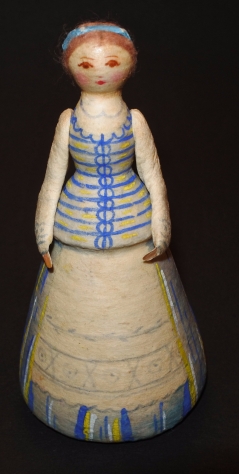 2 thoughts on “Check out these adorable papier-mâché figures wearing the National Costumes of Russia and the former Soviet Union.”