I knew that Matisse was a prolific and eclectic collector of objects but it’s still fascinating to see how his beloved objects found their way into his paintings. It’s a tribute to the Matisse family that so many of these studio props and family heirlooms have survived, been cared for and have been allowed to travel to London for us to view, along with some of the artworks they feature in.

I think we’ve all felt that powerful jolt of recognition when you look at an old photo of a place, people, clothes and objects which meant so much when they were new. It doesn’t take long for an object to become a cherished item and become fixed in memory. Matisse clearly had an eye for unusual design, for curiosities, objects with a built-in narrative or simply made from wonderful materials with striking shapes, textures and style. He would write to family and friends of his delight at finding weird and wonderful things in antique shops and markets. 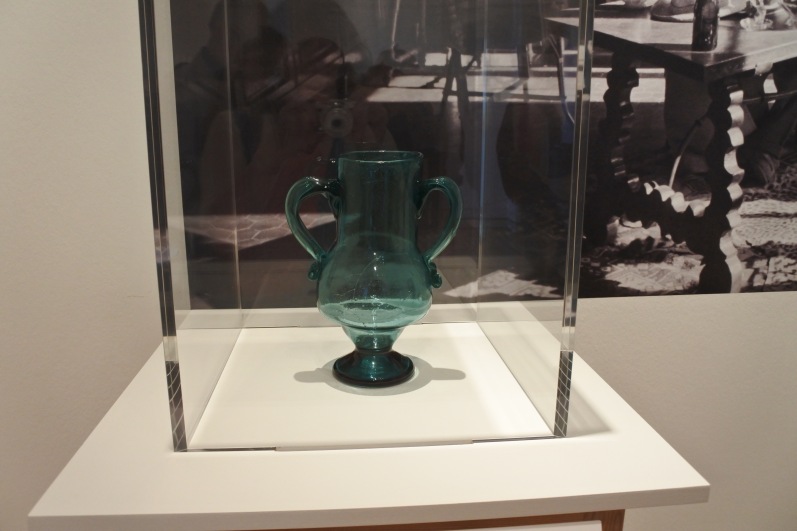 This exhibition places objects from Matisse’s studio with works which feature them and although it’s interesting to see the things for real, it’s what the artist does with them which is the most interesting aspect of the show.

For example, a chubby little silver chocolate pot, which appears in several still life paintings, was included (painted in brown) in a collaged ‘dry run’ where Matisse moved the objects around on paper before pinning them into the chosen composition for later painting in oil, when it become red – much more interesting! 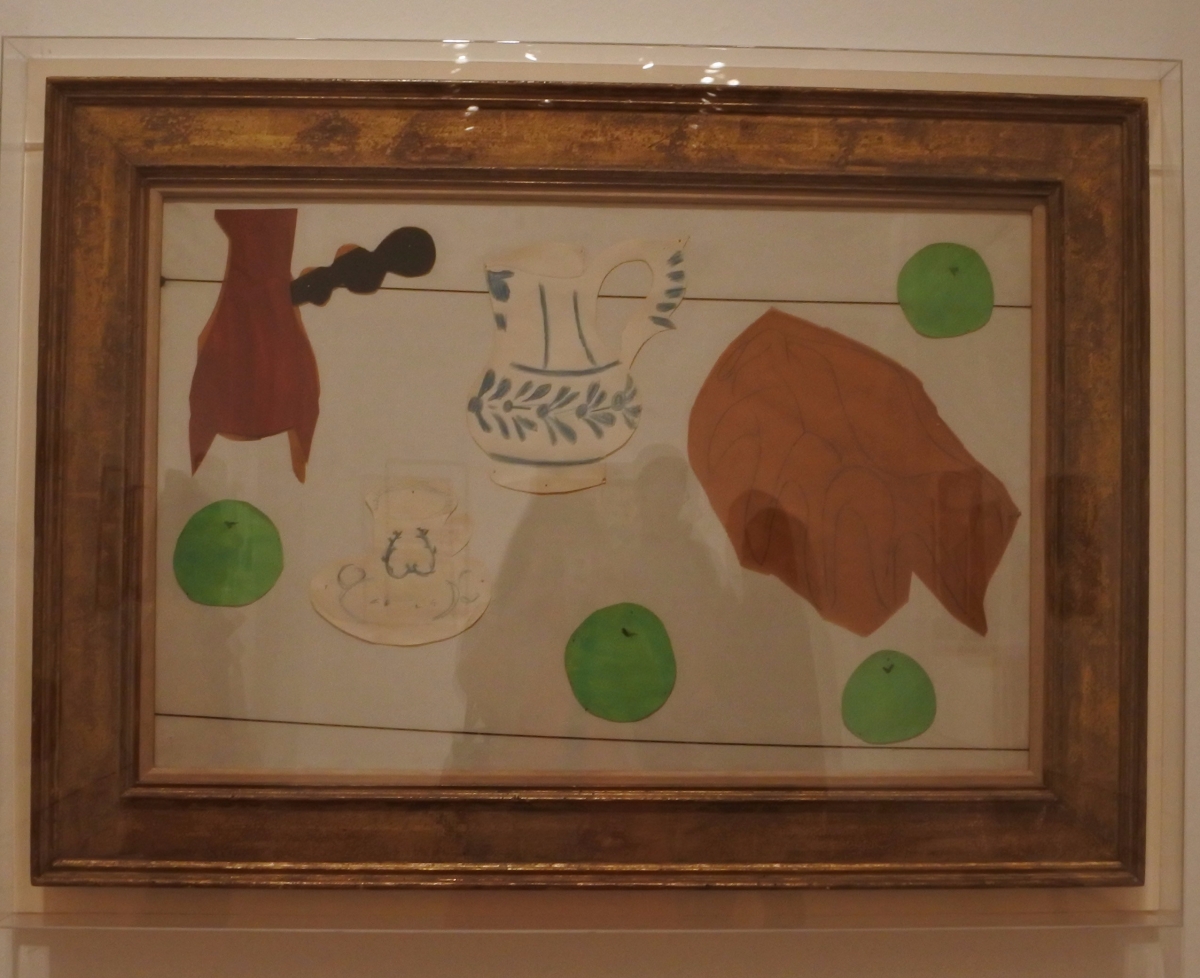 There’s a nice selection of those famous odalisques lolling amongst an arrangement of assorted north African and Turkish furniture plus Moorish fabrics and ornaments which surround and adorn the female figure.  With such a crowded set piece to paint you might imagine there could be a danger of overcomplicating the scene but Matisse is very skilled at introducing just enough detail to indicate what is going on and uses paint freely and with gusto to indicate colour, texture and form. 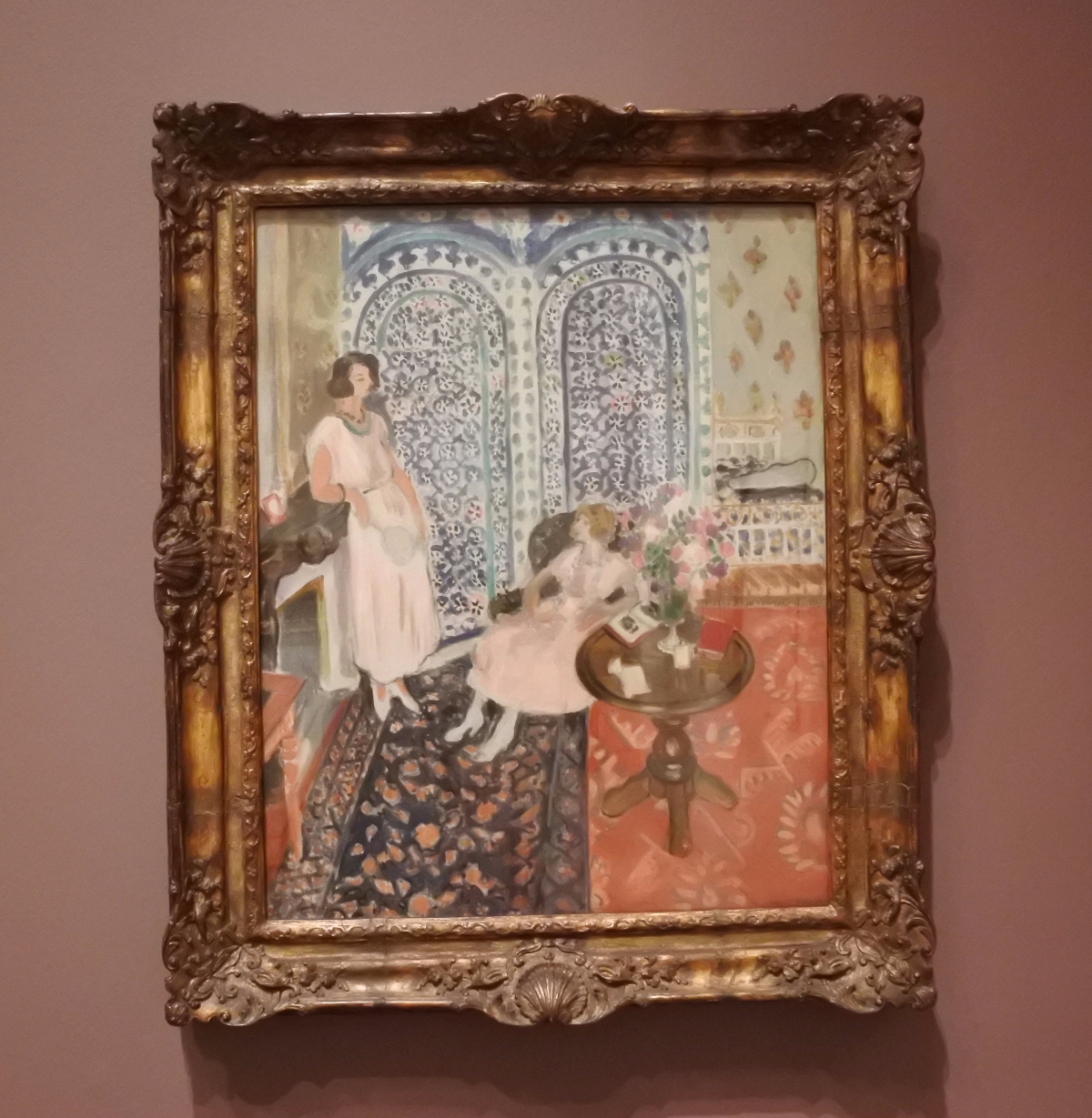 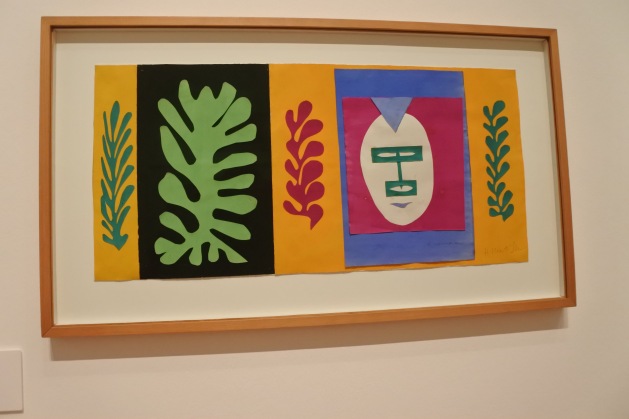 Of course I was particularly drawn to the paper cut outs, his later works where he experimented with colour, shape and abstraction.  It takes amazing confidence to lay down strong colours, snipped out designs with a representation of a mask in one called The Eskimo; gouache on paper, cut and pasted.

What this show illuminates is the way an artist’s mind can find creative newness from the comfort of familiarity fuelled with the desire to push his work into a new dimension. The show is at the Royal Academy in Piccadilly until 12th November 2017.