It’s always fascinating to see an artist’s self-portraits and this terrific new show, Lucian Freud: The Self-portraits, at the Royal Academy, is a huge treat.  It assembles 56 works including some very early self-portraits which I’ve never seen before. In the beginning the young Freud was keen to capture a sense of himself but was also in thrall to Expressionist styles and gave his appearance a rather mannered, illustrative appearance.

Over the years all of that changed and it’s fascinating to see the evolution of his art through the way he scrutinised his own face and also how the materials and style of painting changed.  The pencil, inks, fine lines and careful, flat paint gradually give way to watercolour and gouache before Freud alighted upon the big bristle brush which can be loaded with paint and used with abandon.  This became his signature style. You can almost pin point the moment when he ‘let go’ and began adapting his careful eye to provide a detailed impression which captures not only likeness but intellectual intensity and emotion. 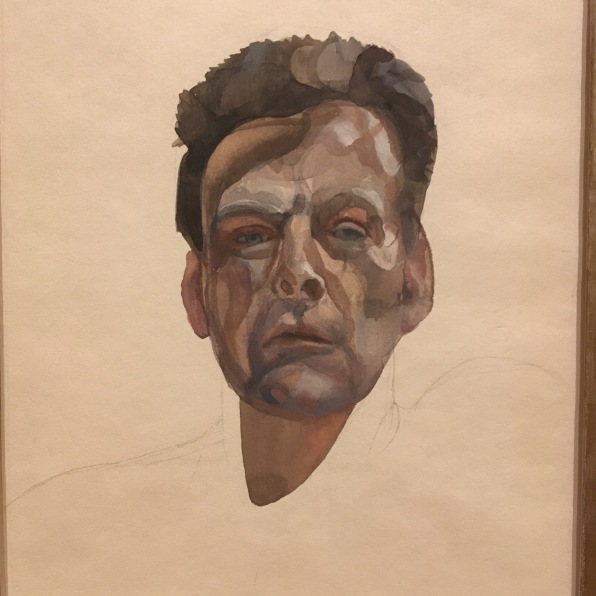 Self-portrait 1974, Watercolour and pencil on paper 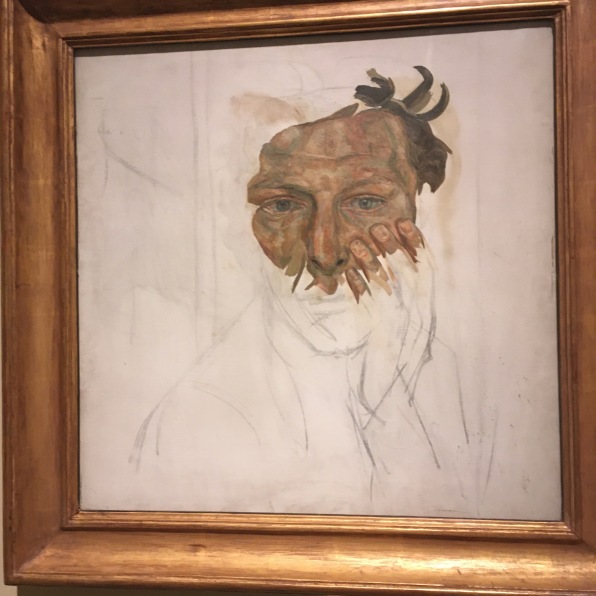 With all of those later portraits you feel Freud’s gaze – his own as he scrutanised his own face and body – and, as a viewer, you can really sense all that he was seeing and experiencing while making the work.  No artist can resist a mirror and he used them so originally, creating strange angles as he peers down upon his foreshortened face reflected from the floor near his feet, or peers at one beneath his elbow. 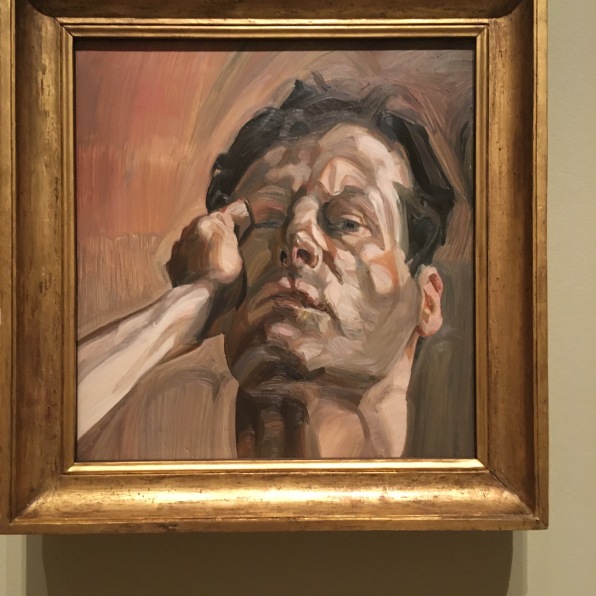 The incidental portraits were interesting to see too.  It’s quite possible to miss the miniature self-portraits inserted into larger paintings of subjects.  Most mysterious of all his his shadow which can be seen on the body of the nude – Floral with Blue toenails.

Six decades of life are recorded. Freud was famously private and remote and yet, in his portraits he lays himself bare, literally, and provides us viewers with a disarming glimpse of his inner light, his soul, his passion and his power.

Freud: The Self-portraits is on show at the Royal Academy until 26th January 2020.