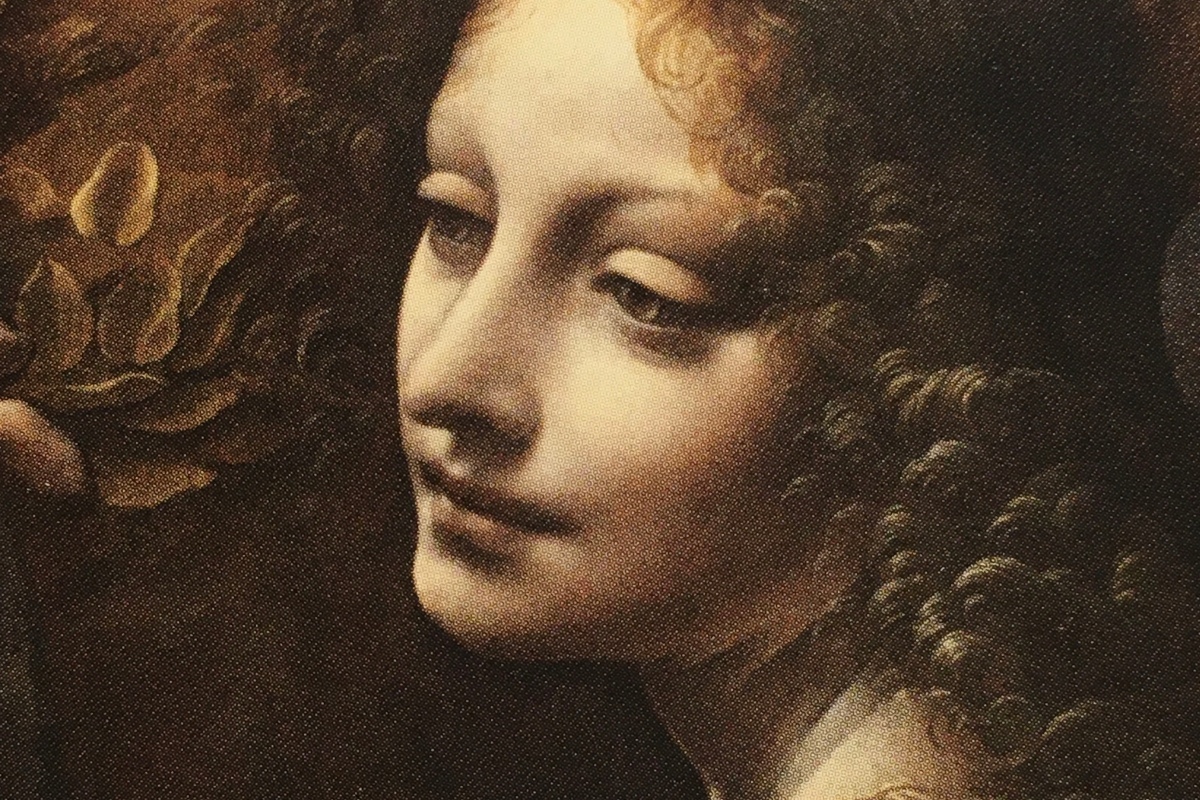 I think we’re all a bit nervous about the idea of an ‘immersive’ event. It could be like sitting in the front row at a comedy show and finding you’re the one being picked on for entertainment.  So, it was with some trepidation that I entered this unusual exhibition at the National Gallery to be faced with large images of mountainous Italian countryside and shiny metal reflective boxes filled with mirror writing. Ah, we all said out loud as the penny dropped, we have to look inside the box and see the reflection so you can read the words.  And then it becomes rather fun. 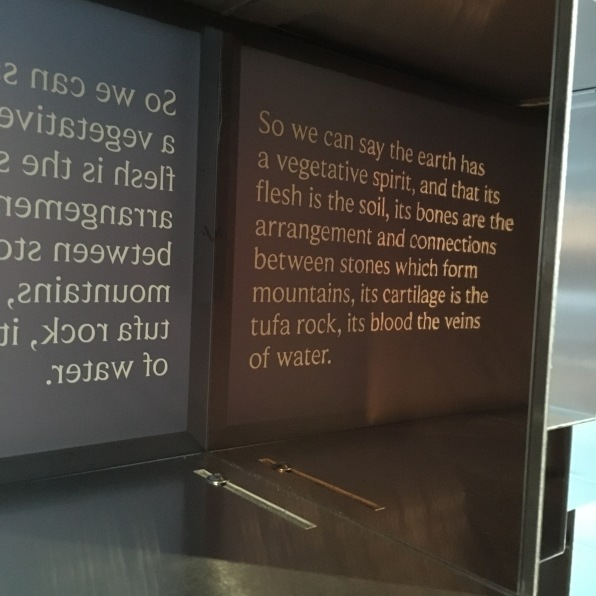 In a darkened room we are shown set piece, studio scenes – sketch books, pots of pigment and brushes, all the materials the artist might have used 500 years ago.  59 Productions, who’ve collaborated with the curators and historians on this project, have used digital imaging to recreate the imagined making of the Virgin of the Rocks.  And it’s fascinating to see that, using x-rays and clever forensic research, the original drawings are revealed and the way the work was rearranged, over painted, moulded, changed and gradually developed is made apparent.

In another room we are invited to see how Leonardo used directional light upon his models to create that astonishingly 3D effect which is apparent in the finished work.  Sketchbooks reveal that he worked hard on lighting his models, experimenting with the way shadows can be used to mould and form the figures and background. This short film is of a plaster head behind glass and there were small levers you could move to  manipulate the light and choose the shadows.

And finally we get to the room with the actual painting.  This was where I almost didn’t want the add on of the digital artwork around the piece but it was great to see it for real.

This is a rich and strange experience but a very good way to celebrate the 500 years since Leonardo died in 5019 and a fascinating way to see how modern technology can enhance understanding and enjoyment of such an important and fabulous masterpiece which we are lucky to have on show in London.